Libyan Man-made River authority said an armed group had attacked Shuwairif water pipelines and wells and forced workers to seal off all valves, cutting water on Tripoli, and western and central region cities in Libya.

A statement for the authority on Sunday said the water shortages will be starting Monday morning, adding that water will also be cut on Gharyan and some western mountain cities.

"We reiterate that the man-made river is not biased to any party in the political and military conflict in Libya. We call on the security and military departments to take up responsibility in securing the water facilities so all Libyans can guarantee their resources are safe." The statement reads.

According to a statement by the Interior Ministry, the armed group that blocked water supplies is led by Khalifa Hanaish, who is loyal to Khalifa Haftar.

The ministry added that Hanaish is pressing the government via such sabotage acts to release his brother Al-Mabrouk Hanaish who is arrested on criminal charges - being part of a banned organization - and is now awaiting court ruling.

"This isn't the first endeavor by the same armed group. Tariq Hanaish tried before pressuring the government by kidnapping a South Korean and three Filipinos asking the government to swap them for Al-Mabrouk, but he was dealt with. The foreigners were freed through foreign mediation in coordination with war criminal Haftar which means that he is involved also in the cutting of water supplies on Tripoli to attack the morale of the people living there." The ministry's statement adds.

Sources from the south said the armed group - loyal to Haftar - forced the workers at Hassawana-based water system compound to block water supplies demanding release of inmates held by Special Deterrence Force in Tripoli, including Al-Mabrouk Hanaish who is part of popular movement of Gaddafi regime - a movement loyal to Haftar as well.

The armed group released the three Filipinos and one South Korean after kidnapping them for over a year. The release was made to the UAE. 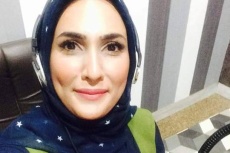