Tripoli-based Ittehad FC has officially contracted the French coach Diego Garzitto to lead the club into the next phase of the league after negotiations that took place during the past few days. The club administration said that they were late in announcing the signing of the contract because the French coach's previous contract with the Al-Merrikh Sporting Club of Sudan had not yet expired. Garzitto will lead Ittehad on the fourth day of Eid with his assistant and son, Antonio Garzitto.

The National Oil Corporation (NOC) said on Wednesday that the losses caused by the closure of the Rayayna oil valve, that connects Sharara oil field with the Zawiya terminal, as well as the closure of other oil fields, has amounted to an estimated loss of 160 million dollars in sales so far. The NOC confirmed that they have filed a formal complaint with the Attorney General's Office against the leaders of the armed militias responsible for the closure.

The Deputy Minister of Education, Adel Jumma, denied news spread on media and social networking pages of the Central Bank of Libya (CBL) blocking the project that involved the printing of the school year textbooks. Jumma demanded that the media should investigate the accuracy of such substantive claims and be more professional. Some local media outlets had reported news that claimed that the Central Bank of Libya refused to finance the printing of textbooks for the next academic year.

The general manager of Hatif Libya Company, Hussein Taweelib, said on Tuesday that the partial disruption of communication and internet services in the areas between Tripoli and Zawiya was due to damage on the fiber optic cable between the two cities. Taweelib also stated that the damage on the cable has disrupted work in more than three hundred communication stations in the area between Tripoli and Zawiya, adding that maintenance work is under way and expected to return communications service in the area by the end of Thursday morning.

The United Nations envoy to Libya, Ghassan Salame, said Wednesday that he had informed the chief of Dignity Operation, Khalifa Haftar, that there is a need for a political package to push the political process forward in Libya, and that the sequence in which it is done is very important. Salame added that he reviewed with Haftar the results of his recent talks with Libyan stakeholders and the next steps related to developments in the Libyan file.

The Libyan Coast Guard seized an oil tanker on Wednesday that was attempting to smuggle fuel off the western coast of the country. Navy spokesman, Ayoub Qasim, stated that the tanker, which was carrying the Tanzanian flag, was loaded with 1,160,000 litres of diesel fuel and its crew consisted of 10 different nationalities. He added that the Navy also managed to capture a Maltese fishing trawler attempting to fish in Libyan territorial waters without a license.

Seven Libyan organizations that work on human rights have expressed their concern over the growing number of enforced disappearances in Libya, calling on all parties not to use such actions as a tool of war. In a statement made on the occasion of the International Day of Enforced Disappearance, all groups called for the immediate release of abducted persons and called on the UN-proposed government to take measures to end this phenomenon and seek Libya's accession to the International Convention for the protection of all persons from enforced disappearance.

The Benghazi Municipal Guard has warned fishermen from catching the poisonous fish known as the sea rabbit in the shores of the city. A source from the Municipal Guard stated that a fisherman from Benghazi city found a large number of the poisonous fish in the beaches of Qaryounis district. The Municipal Guard also sent a sample of the fish to the Food Control Center to examine and prepare a detailed report. The sea rabbit is from the toxic species and can lead to death in a period of six to eight hours if not treated by specialists.

The head of security of Zliten, Mohammed Buhajar, has requested the Council of Reconciliation of Libya and the elders of the cities of Misrata and Zliten to intervene and end the dispute that has caused the closure of the road between the two cities. Buhajar stated that the interests of residents of the two cities have been disrupted after the closure of the road on Tuesday, indicating that the closure will lead to further suffering of the residents of the two cities. Protesters from Zliten closed the coastal road between Zliten and Misrata following the abduction of a truck driver from Zliten at checkpoint 30, west of Sirte.

The Illegal Immigration Agency deported 75 Nigerian migrants to their country in coordination with the UNHCR. 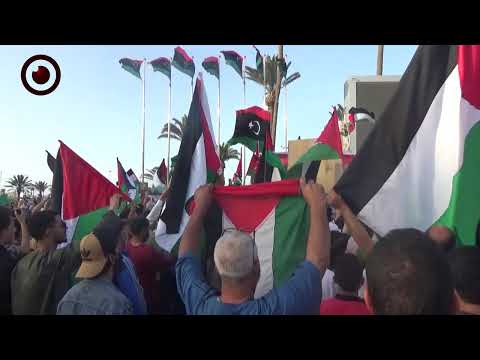